For the 10 year anniversary, U-GameZ dug out this "classic" platforming adventure! 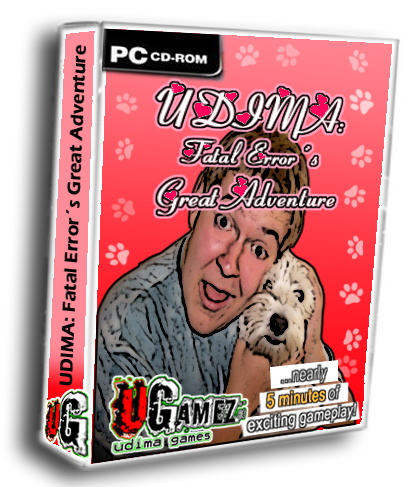 Fatal Error needs your Help! His dog Rush was dognapped and he wants him back! Make Fatal Error jump and walk in this epic platform adventure and kick the enemies' butts! Crazy dialogue, crazy characters and 3 crazy worlds - Fatal Error's Great Adventure has it all!

Walk with Arrow Keys, jump with CTRL ; and Kick/ Shoot with Space.

*The executable I uploaded on December 12, 2017 appears to be broken. I removed it for now until I find a version of the game that works. The thing is, I had a hard drive crash and lost the original project, so it's hard to find other versions of this crap. Sorry for that.*

This game for Windows was made in 2008 in Game Maker 7 and was one of the first games U-GameZ ever released. I just want you to know that it's pretty bad and you should only play it if you really, really like crappy games.

If you want to play an actually good game, please take a look my other games (which are waaay better).

Here are some bad things about this game:

The only good things about this game:

If you have trouble getting it to run leave a comment. I probably can't help you but at least we can try.

If anyone actually gets to the end of it, let me know and you get a shoutout on Twitter!

It was a beautiful day. Fatal Error and his dog Rush were playing in their garden. They played all day long. But when it was getting cold and dark, Fatal Error went to his house and Rush was sleeping in his doghouse.

At midnight, a little shadow moved slowly towards the doghouse, but it didn't make any noise. It was a creepy little creature with a big gunny bag and he put it over Rush and tugged him away.

The next day Fatal Error wanted to say "Good morning!" to his dog, but all he discovered was the empty doghouse. "Come here! Rush! Ruuush!", he shouted, but his dog did not appear. He was very sad and frightened, so he ran to Mc Jey's house.

Mc Jey, his best friend, was already waiting for him in front of his house and told Fatal Error that Rush had been dognapped by a clone of King Devastator, the evil King of UDIMA. "King Devastator has become crazy and cloned himself"- but why, Mc Jey did not know.

Fatal Error got angry when he heared his dog was dognapped and decided to travel through all 3 Levels of UDIMA to reach King Devastator's castle, find out why the King did such evil things and get his dog back... 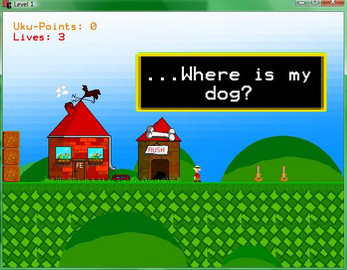 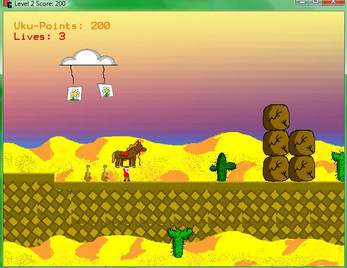 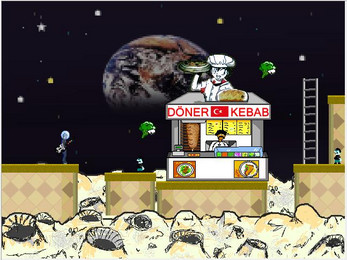